As part of this year’s Holocaust Memorial event, Student Services invites you to join Amra Mujkanović , from the charity Remembering Srebrenica:

Amra Mujkanović, was born in Scotland to two Bosnian refugees who arrived in the United Kingdom in 1993.  Three generations of Amra’s family have survived concentration camps, from Auschwitz to Omarska, and as such, she has made it her life’s mission to continuously share her family’s story, and make sure such atrocities never happen again, by challenging stereotypes as duo-national, bi-lingual, white Muslim and daughter of refugees.

Holocaust Memorial events take place in January, supported by the Holocaust Memorial Day Trust, to encourage remembrance in a world scarred by genocide and to remember the six million Jews murdered during the Holocaust, alongside the millions of other people killed under Nazi Persecution and in subsequent genocides in Cambodia, Rwanda, Bosnia and Darfur.  This year marks the 75th anniversary of the liberation of Auschwitz and it also marks the 25th anniversary of the genocide in Bosnia.

The Bosnian War resulted in the death of around 100,000 people, and the displacement of over two million men, women and children. The genocide at Srebrenica was the largest incident of mass murder in Europe since 1945.

We do hope you will be able to join us on Wednesday 22nd January 2020.  No booking is necessary. 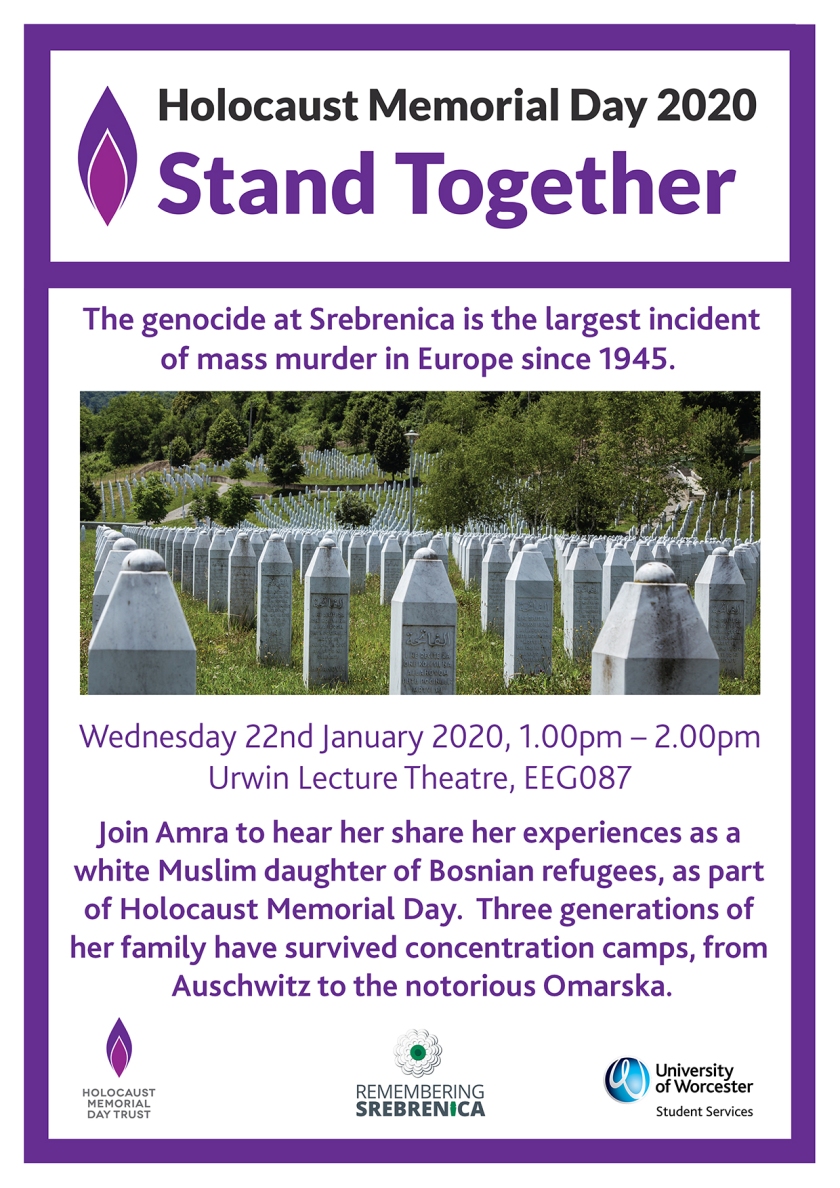 firstpoint is open Monday to Friday from 9am until 4.30pm.

We are located in the Peirson Study and Guidance Centre on St John’s Campus.